skip to main | skip to sidebar

Williams opens his piece with a short account of revisiting his childhood home in Wales, accompanied by a brief recollection of his personal history—a rhetorical strategy he employs with frequency in the piece, and not unlike what we saw in Miller’s work. From here, Williams presents us with the notion that a society is forged from its members’ formation of common meanings and directions, its growth actively debated under the pressures of experience, contact, and discovery. This definition serves as segue into the main idea, that culture is ordinary, composed of two distinct parts: “the known meanings and directions, which its members are trained to; the new observations and meanings, which are offered and tested” (6).

To further his point, the author delivers and refutes two conceptions of culture he has encountered: I call them “down-the-nose,” and “bad-mouthing.” Those in the first example (teashop culture) are committed to the notion that the only culture is high culture—art, music, literature, etc. Williams rejects this notion for what it is, a means of maintaining a power division between cultivated and common folk, and adds that he has encountered fine examples of art in the company of so-called common people. Williams’ second rejected notion of culture is at the opposite end of the spectrum. The bad-mouthers, like those in the teashop, perceive (and are threatened by) culture as solely high culture, and label such work that of do-gooders and highbrows.

From here, Williams transitions into a brief discussion of some of the ideas of Marx and Leavis that have come to shape his own thinking. From the Marxists, Williams extracts three principles, only the first of which he accepts: culture must be interpreted through its underlying systems of production; education and hence power are restricted to those in power; and new systems of production create new culture, thought, and art. Willams refutes the second notion by stating that the working class are not restricted, but are instead gaining access to institutions of learning (as Williams himself did) and developing there own culture. English bourgeois culture has no elitist monopoly on culture, and in fact, future cultural development could do no better than to emphasize working class values neighbourhood, mutual obligation, and common betterment. The final Marxist idea is rejected on the premise that a culture is a tapestry of individual and collective meanings, of personal and social experience, and as such are living and ever-changing, impossible to dictate through a change in systems of production.

Williams then moves on to Leavis, whose idea, that as England has became industrialized and vulgar, art and thinking have suffered, Williams also rejects (though with difficulty). The basis of the rejection is in Williams’ working class roots: he and his family view the technological advances and easing of labor from industrialization as an advantage, a newly acquired from of power. This leads Williams to his suggestion of how we can move into an age of economic abundance and productive common culture: by disproving two false equations, one false analogy, and one false proposition.

The proposition is that ugliness and pollution are a price all cultures must pay for the economic power that comes from industrialization. Williams posits cleaner, less-abrasive technology and responsible industry as a solution.

The equations are that popular education gives rise to commerical culture, and that consumption of popular culture bespeaks a flawed character. Williams interprets both equations as essentially a flaw in perception. The over-crowding of industrialization, coupled with mass communication, led to the construction of “the masses,” a threat for its unfamiliarity. According to Williams, then, there are no masses, only ways of constructing people as such. This manner of thinking is what imbued popular education, and popular culture—the culture of the threatening masses—with its stigma. Along with this comes the discussion of the false analogy, which is that bad culture will drive out good culture. Williams cites rising instances of literature, quality periodicals, and literacy to debunk this idea. The author ends the piece with the idea that culture and its inherent elements are expanding, and that this phenomenon must be studied.

This piece seems to me less a description of the idea of a common culture and more an account of how Williams formed this idea through the rejection of many of the ideas of Marx and Leavis. However, the oddly altruistic manner in which Williams refutes these ideas is interesting: he does not characterize them as useless simply because he disagrees with them, but instead closes his work with emphasis on how important the ideas are, how they have come to shape his own inquiry into the expansion of culture. It’s strange: the ideas he has no use for are those that have served to most powerfully shape his thinking. His idea of common culture is compelling, and echoes other readings from this semester—culture is not elitist and compartmentalized, but a continual negotiation of power via interactions, texts, and ideas.

I’m a little confused about the page 9 rejection of the Marxist notion that altering systems of production spawns new culture and thought. I may just be misreading the text, but if we accept Williams’ notion of culture—negotiations of meanings and directions, both known and unknown—then the change that came about from the industrialization (change in production from the rural and agricultural) of the author’s village in Wales does seem to have produced cultural change, as it delivered “the gift of power that is everything to men who have worked with their hands” (10). New meanings, ideas, possibly even art can’t help but arise from that kind of drastic change. Maybe someone can help me out?

I also respond to Williams’ use of the personal in this piece. He constantly emphasizes his working class roots (I enjoy it) to establish his ability to make use of both this perspective, and that of the academic, sort of a dual expert voice. There are places, however, where I question if he relies too much on the personal to stand as evidence (on page 13 he disproves the deleterious effects of popular culture by talking with family members). Above all, I think he draws on the personal, on his “common roots,” to distance himself from the bourgeois class, of which he is, in many places, disdainful. I wonder a little at how incongruous this is with his assertion that culture is common, ordinary, and shared. Why emphasize the division in light of this idea? If we all share a common culture, can there be a division?

1.What do you make of Willams’ definition of culture?

2. How do you respond to Williams’ treatment of the ideas of Marx and Leavis?

3. Is Williams rhetorical decision to employ the personal effective? Why or why not?

I too thought Williams' treatment of the ideas that he ultimately rejected to be interesting. That's a part of learning that we often don't think about. That is how the ideas we digest and eventually reject serve to shape our own philosophies, perhaps as much as those ideas that we assimilate.

What does Williams mean by culture is ordinary???

I have read it, but unable to understand what Williams mean of culture is ordinary......

It means that everything people do can be counted as culture ,Williams democratises culture which means there is only one culure ,there is no high and low culture , Williams legitimises popular culture.

I’ve only tried one essay service but I can tell you that the website I used was really solid. It’s called DigitalEssay.net. Basically you get to pick a writer and you can communicate with them through an internal chat system which makes explaining how to do specific assignments a lot easier (especially if your teacher is a hard-ass like mine was.) Good luck with your paper!

A blog for thoughtful reflection and concise analysis. 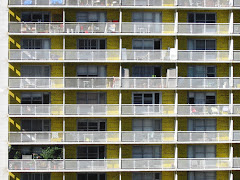